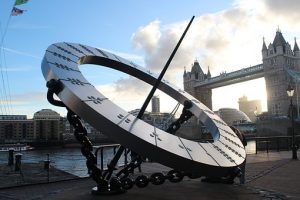 Editor’s note: Our Messiah resurrected on YOM 18 the weekly Shabbat day  after 72 hours exactly 3 days 3 nights..before the sunrise of the following first day of the week when the woman came to look for Yahushua !!!! 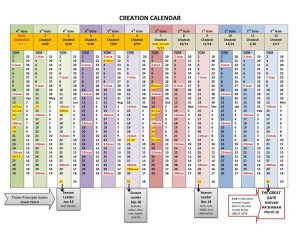 Editor’s note: Zadokite, Enochian Calendar BEGINS EVERY YEAR Following THE VERNAL EQUINOX (Same Day Worldwide) being identified: The next day following the Equinox is DAY ONE of the 364 day per  year with YHWH divine appointments. The 12 months of the year are divided into 4 quarters, each quarter being 30 days, 30 days, 30 days and 1 leader of the season’s days. And each quarter has 13 Weekly Sabbaths. To find the Weekly Sabbath, and this rule only applies to finding the Weekly Sabbath: the identified Day One of the year will always be the day 4 of the week and you count 5,6,7. The 7th day of this count is the Weekly Sabbath for the 364 days.

Regarding the Appointed PLACE that YHWH has chosen for Israel HIS people to celebrate HIS Appointed Feasts. To us, the most important element of all these observations is It is all about keeping The Covenant with our creator Father, and HE makes it clear that Jerusalem shall not be left out. We trust and believe the witnesses given by this group that March 20th is the Equinox and March 21st is the Aviv 1 as this should be a world wide event according to Enoch 24 hour a day time frame. Hence the countries in the South hemisphere below depends on their actual location may get on the 21st as they have to wait for the sunrise for them to observe their solar noon… To us It starts from Israel Jerusalem as that is the covenant place YHWH set HIS eyes on: but every location shall be able to observe from their own solar noon finding on the 24 hours Enoch Time Frame …and therefore the equinox will overlapping/cross 2 dates in Gregorian calendar.. as the Solar Noon observation cannot be in both North and South hemispheres at the same time. We are with the same date with the verified 2017 March 20th Vernal Equinox Date and Time for West Jerusalem, Israel 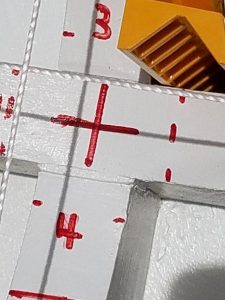 Shalom, Here we go. This is the link we have worked on and will continue to update with resounding evidence daily to any man or woman desiring to be led by the sign of Aviv promised in Torah which overrules any other method later developed in the Temple era.

We will add even more videos, pictures, articles and teachings, we are now working on. Prayerfully and carefully review the evidence and testimony presented here and ask the Ruach to guide you home. I will only answer questions [not arguments, debate or accusation] by private message as I and my family need to rest and prepare for the upcoming Shabbat and Feasts. We will get to private messages-questions later in the week. We need a little rest. Shalom and revelation in your journey as you see the evidence and signs of The Aviv and learn not to follow any man without overwhelming evidence.

You may share the new link as well! We wish all Torah Abib keepers a happy, spiritually meaningful and prosperous New Year! From the Koniuchowsky & your friends at Your Arms of Love To Israel!

Pictures below showing the Equinox: The turn of the year has taken place on the March 20th  2017

The shadows by pass and overrule all mans toys and machines…the evidence we have between a straight line dues east west and a crooked one is empirical..

The sun is the GREAT sign and existed for time before the Tabernacle and Temple, the Levites or the DSS. No witness can replace it as primary. If the foundation is shaken the righteous ones cannot stand. The LINES do not lie and are not LAST YEAR’s sundial mark. The sun speaks fresh alive each year. Are we listening? Watch this! Share please! Again happy and healthy New Year!

2- It appears that he set his armillary in place and never checks their settings with a protractor before each reading. So if it has moved even slightly or was set without a protractor then it could be off by a day or two each year.

I don’t think anyone realizes how time consuming and draining it is to track time for weeks. I for one and well as Mariamne didn’t just run out at the last minute or after and look at a device that wasn’t checked daily… using shadows in other applications as well…. It all takes time to track and record… thank you Mariamne and Moshe for your dedication to the truth… Even if we had to take the crazy train to get there

The photo was taken March 21st 2017 with the PINK strings indicating a CURVED outline…the yellows stakes with the blue post its’ were taken March 20th 2017, a straight line throughout the day…12 hrs or so….now please be so kind and throw all doctrine and currently held views out the window…when the sun rises due east and sets due west this line is straight; just 2 times a year..which of these 2 days do you think is Spring Echanok-Turn of the Year? Does that [heaven] confirm or challenge your position? Is it always on a Roman Tuesday as some teach?

PS On March 16-17 the so called Equiulux days in Jerusalem the shadows are curved even more than these pink strings on the pegs were on March 21st 2017. Aviv OT is a heavenly sign!!!!

This outdoor class was given at our community in 2017 after many trials and errors and some nice failures trying to follow men who seemed more enlightened than we were.

In discerning the Tekufah or Spring Turn of the year, it is necessary to eliminate as much human reasoning, calculation, prognostication and instrumentation as possible. This may be the old fashioned way but it is the only guaranteed way to mark Day 364 and the New Year of Aviv. Let’s get started.

Sundial Observation on Mar 20, 2017 closer to Equinox from Oklahoma  USA

Sundial Observation on Mar 19, 2017 Closer to Equinox from Oklahoma  USA

Editor’s note: Definition of A DAY in the book of Enoch:

Therefore by the end of a year, the 364 day year calendar will end with the same day as the last day of 365 days calendar which is also the day turn of the Spring season.