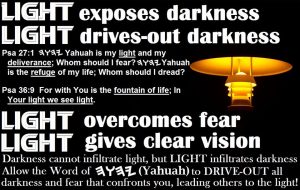 It has been a year, but I remember as it was yesterday.

My husband Jerry had to work out of town and I had insisted that I would go with him because something just didn’t feel safe.  We planned to leave early in the morning, when we were getting ready, Jerry said he just took a pain pill because he was in a lot of pain with his knee and I told him to lay down and I would make breakfast and phone to tell everyone we would be delayed.  When finished making breakfast, he was in such a deep sleep I just let him alone for a few hours.  Finally, I decided we have to get on the road, I attempted to wake him and realized then he wasn’t responding at all, I called 911 and was instructed to give him cpr. He was almost another statistic. There are so many causes of death with seniors that mix up their prescription drugs.   The fact that I insisted he did not go alone, which he usually does, and we were delayed was most definitely a divine intervention.

In the hospital,  the Father had spoken to me to stay overnight, in his room, even though the staff tried to reassure me, he will be okay.  As it turned out he wasn’t responding to treatment as was rushed to ICU, where eventually he was on a breathing tube and the drugs would go through his system. The doctors had told me there might be brain and/or kidney damage, only time would tell.

I’ve always felt I was a good Christian, and connected with our Father on a daily basis through personal devotion but realized  through Eyd I needed the power of the Word within me.  That night, the Father had put it on my heart to call Eyd and through prayer and belief in the Word,  my husband has had a miraculous wonderful recovery and be discharged; HalleluYAH.

And through the teaching of Man-Child since that testimony, I have been experiencing the light of YHWH ELOHIM…… ( To be continued…)

If ye abide in me, and my words abide in you, ye shall ask what ye will, and it shall be done unto you

And this is the will of Him that sent Me: that every one who seeth the Son and believeth in Him may have everlasting life, and I will raise him up at the Last Day.