What does that mean to you personally?

Are you ready to enter the thousand year’s reign with MessiYAH which has been foretold in the Book of Revelation? 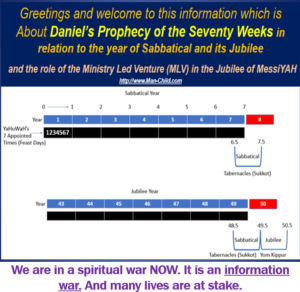 *This article was first published on September 9th,2022: https://man-child.com/we-are-transitioning-into-a-new-age-get-ready-for-messiyah-1000-years-reign-on-earth/ Edited on the 17th September, 2022. 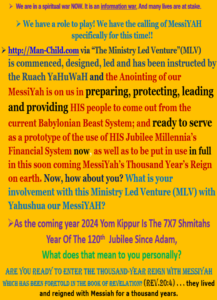 We are in a spiritual war NOW. It is an information war. And many lives are at stake. 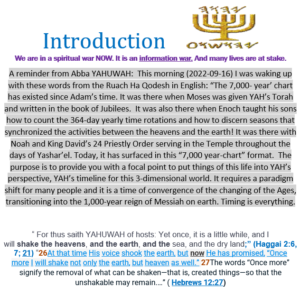 Let’s go through the background of this discussion with 7 prophecies concerning it:

In keeping with the theme of an orderly cosmos, the Book of Enoch prophesies that the Enochic calendar (“workings of the cosmos”) would be fully revealed at the end of the seventh cycle of “seventy weeks”. It seems that the seven-cycles of 490 years (which is 10 Jubilees) complete its course twice: at the First and Second Coming of the “Son of Man,” (Enoch 93:9-14; cf., Daniel 9).

“And after that in the seventh week (i.e., a “week” of generations of 70 years, see verse 3) … at its close shall the elect… receive sevenfold instruction concerning all His creation.” (Enoch 93:10-14). https://man-child.com/enochs-prophecy-of-ten-490-year-periods/ 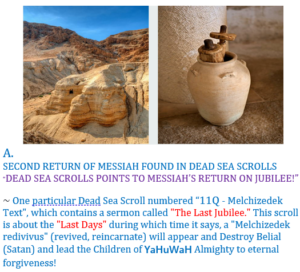 due to technical issue, please click the PDF for easy reading!