In reference to the Qin Dynasty, the Scriptures reference such:   Isa 49:12: “Behold, these shall come from far: and, lo, these from the north and from the west; and these from the land of Sinim.” –which is land of Qin.    https://www.youtube.com/watch?v=dc24ElTwh4s

Standing at the magnificent and historic Great Wall of China (built by the emperor Qin Shi Huang during the Qin dynasty 260 BC-210 BC), this video reveals the divine mission of this most important information regarding the Lost Tribes of Israel pursuant to their travel along the Silk Route through ancient Persia, modern day Afghanistan and India, integrating into the Chinese culture and population approximately 800 years before the birth of the Messiah Yahushua. Traces of some ancient Jewish rituals have been observed in some places.
More than two thousand years ago from today, and due to subjugation especially from Syria, a very large number of the 10 Tribes from the Northern Kingdom of Israel, eventually settled in the Central Plains of China, assimilating and flourishing into the Chinese culture, becoming one of them. For example: During the Ming Dynasty (1368–1644), a Ming emperor conferred seven surnames upon the Jews, by which they are identifiable today: Ai (艾), Shi (石), Gao (高), Jin (金), Li (李), Zhang (張), and Zhao (趙); significance of the original seven Jewish clan’s family names: Ezra, Shimon, Cohen, Gilbert, Levy, Y’hoshua, and Yonathan, respectively
In short, portions of the Chinese people of today and the Jews (Yahudim of Israel) are actually connected through their bloodline as lost brothers dating back over this period of thousands of years, as well as by the Ruach [Galatians 3:18, 29]. Hence, all have the same promise of YAHUWAH as the seed of Abraham.
However, through the course of events over this same time, these tribal members and their offspring lost sight of the truth and significance of their lineage as brothers in YAHUWAH. Here, we are referring to the mysterious “disappearance of the ten tribes of Israel,” those who have been found to have resettled in China.
The location of these lost 10 Tribes has long been held as an enigma in Israel’s history. In the case of China, according to archeological records found inscribed on a large stone tablet, by the decedents of these people in the City of Kaifeng, China, their ancestors’ footsteps in China can be traced as early as the Shang Zhou Dynasty prior to 1000 BC However, this may not refer to the migration of Jews necessarily, but simply that there is a relationship dating to this time period.
In reference to the Qin Dynasty, the Scriptures reference such: Isa 49:12: “Behold, these shall come from far: and, lo, these from the north and from the west; and these from the land of Sinim.”
(Scholars associated Sin with China, the root word of Sinim, Sinae resembling the Latinization of Qin, after the Qin (state), founded 778 BC and Qin dynasty, founded in 221 BC by Qin Shi Huang-Di. At the time of the prophecy there was no one China, but many small states.) 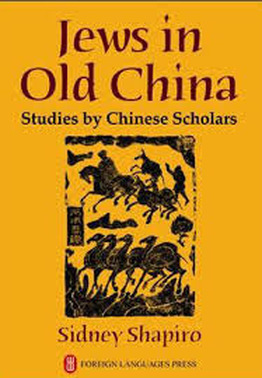 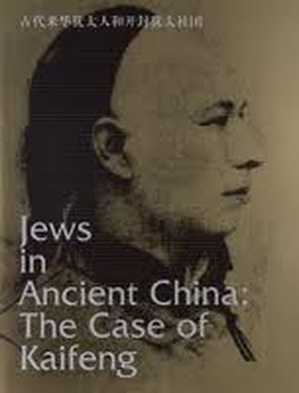 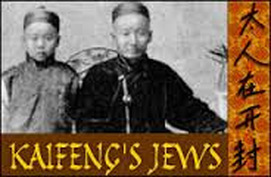 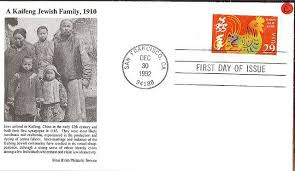 Throughout the history of China, wars, insurrections, and civil unrest were common and destroyed much of the historical evidence, especially under the emperor Qin Shi Huang, a totalitarian despotic ruler who was the first emperor of the Chin Dynasty. To protect his position and power base, he confiscated and burned most or all books that could have shed some light of this period of Chinese civilization, murdering huge segments of society that were both educated and regarded as scholars of their day. Given the carnage of this period, many witnesses to this account destroyed any evidence of their link to their heritage or anything that would bring to themselves immediate death to themselves , their families, and their clan. After Qin, there were other emperors that served to employ the same method of terrorism against their opposition, costing a further expenditure of many innocent lives. In modern Chinese history, the Cultural Revolution under Mao Zedong regime is a prime example, destroying a huge segment of valuable historical documents, books, and other information.
So unexpectedly, referring to the historical event of the “burning of books” during the Qin Dynasty, the recorded evidence of the connection between the two countries of Israel and China was destroyed or lost. However, hints of this unique heritage and connection in history still remain, waiting to be uncovered through more research.
Therefore, let the ashes and the cries of the ground speak forth. Listen (Shema). YAHUWAH is calling His lost sheep back to the Covenant of the House of Israel [Matt 10:6; 15:24; Luke 15:4, 6].
二千多年前，因著亡國，極大量的以色列人流落到中原, 融入了中華，開枝散葉。
Video Source 視頻源自：https://www.youtube.com/watch?v=dc24ElTwh4s     歡迎到訪主網頁：http://www.yaharise.com & http://man-child.com （English Site）其他相關題目：https://www.youtube.com/watch?v=Zsx33 Nestorian priests in a procession onPalm Sunday, in a 7th- or 8th-century wall painting from a Nestorian church in China,Tang Dynasty The growth has been particularly significant since the loosening of restrictions on religion by the People’s Republic since the economic reform in the late 1970s. Religious practices are still often tightly controlled by government authorities. Chinese over age 18 in the PRC are permitted to be involved with officially sanctioned Christian meetings through the “China Christian Council“, “Three-Self Patriotic Movement” or the “Chinese Catholic Patriotic Association“.[4] Many Chinese Christians also meet in “unregistered” house church meetings. Reports of sporadic persecution against such Christians in Mainland China have caused concern among outside observers.[5] Today, the Chinese government acknowledges 14 million Christians in China, but it is believed that there are an additional 70 million not included in that figure.[6] 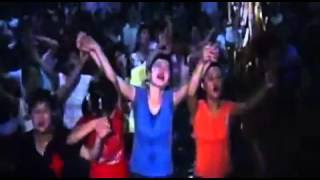 A Rare Look At Secret House Churches in China

Let Us Light Up YAH’s Menorah In Time Like This